Please allow me to introduce you to Dana.  She is an incredibly brave young woman who took a leap of faith in 2011 and decided to follow her dream to become a professional writer.  When I grow up I want to be just like her.

This is Dana’s book.

The list is a combination of the unique steps that have formed my career and bolstered my creativity, and the things I haven’t yet had a chance to try. The book offers some conventional and some unconventional steps on the path through a writer’s life, why they matter, and advice for getting started.

Dana asked anyone who wanted to be involved to join her in writing their own bucket list.  There are two days to go in this blog challenge and I have been procrastinating.  So that goes up on my bucket list first – STOP PROCRASTINATING AND JUST DO IT!

I’d like to say I will leap out of a plane and write about it but quite frankly that is never going to happen due to my unreasonable fear of heights and small planes.  So this is what I will do….

As an academic in social sciences and humanities, I would be lucky if my work is read by more than a dozen people and most of those are down my corridor and read it because they had to (I may have been holding them down and force feeding them M & Ms at the time).  When I published my thesis as a book I sold three copies – two because I made the university library purchase them and the other my dad bought.  He’s still trying to get the money out of me.  My bosses bang on about impact factors but the truth is even if you make it to an A-star journal you might be lucky to get cited half a dozen times.

As Sasha Cameron, dynamic and vaguely interesting perpetrator of fan fiction, curator of fiftiness for the greysessed and blogasm artiste extraordinaire – impact factor has taken on a whole new dimension.  I’ve only been at this blogging thing since November 2012.  I created Sasha in October so that she could play in the fan fic world.  Since then she/I have just broken the 21K view barrier on the blog and reached the 60K mark on fanfic.net, so I am claiming that as a pretty big splash.  Look at what I have to compare it to.  Of course, I am not sure if it is a smart career move to put tags like ‘do my tits look big in this?’ on my next academic article.

As an academic I spend thousands of dollars of my own money each year plugging my work at conferences where maybe ten people are in the room during my session and two of those give me their details with a promise to call.  They never do.  I feel so used.

In her short existence, Sasha has gained 90+ blog followers, 110 facebook friends, about the same number of goodread friends, 93 pinterest followers and over 600 twitter followers.  She belongs to Linked In, several readers groups, a number of facebook groups.  She is a social media whore and loving it!  Her mother would not approve.

Social media is the darndest thing.  There are a lot of warnings and disclaimers that go with it but since Sasha started showing me how it is done I can see why people want to live their lives out loud and on line. My bucket list aim is to take some of what I have learned in the blogosphere as Sasha and apply it to my academic career. And of course, nurture all that hard work that Sasha has put into whoring herself about the blogosphere.

Part of being a    writer/artist/social media whore is having the product or service to      offer the world.  Up until now I have been stalling, in both my academic work as well as that long held desire to be a writer that I kept trotting out at dinner parties – “yes, one day I hope to write my own [insert genre here] book”.

As I read the other day on Kristen Lamb’s blog – perfectionists don’t win, finishers do.  So I am going to finish shit.  All over the place.  Great big dumps of completed crap wherever I can.  Then I will worry about how to shape it into some semblance perfect.  If that artist bloke can get thousands of dollars to create his shit art installation then I can at least get one original fiction book published by the end of the year.  Right?

There are at least a dozen people who are rolling their eyes right now because they know me well.  I’m hoping they can see their way to picking up their pom poms and cheering me on instead.

This leap into fan fiction/blogging has been the most wonderful experience of all.  Without it I would not have believed that I could actually do any of this.  So I will nurture the muse and my new writing/reading friendships above all in 2013. 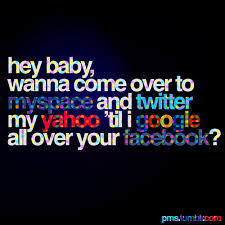 A few of you stop by from time to time and tell me your thoughts.  But I am going to ask you all – just this once – if you are reading this blog post, if you have had a nice blogasm with me, please, take a moment to tell me about yourself. I promise not to be that chick who virtually stalks you and  leaves text messages on your phone that say ‘let’s get together sometime’.